I have been working on this portrait of Andy Warhol over the last few nights. I find his features to be challenging, especially his hair! I was going to make it shorter like I’ve seen it in many photos. But then he also wore it longer at times. But the main thing I wanted to capture is the intensity of the serious expression he wore in so many photos.

My next project this week will be my next lesson for Let’sFaceIt2020 with Toni Burt as our instructor.

Have a wonderful day! 😀

Hello everyone.  This will seem like a weird post today since usually I am posting about art, artists, or showing my own art.  Well, I haven’t done any art in the last few weeks due to dealing with bronchitis.  I have had it for at least a couple of weeks.  It started out as a cold, then swiftly moved down to my lungs when all of the annoying coughing started!  So I have been coughing so much up until today…somehow I am experiencing a reprieve right now…that I couldn’t type, draw or paint at all!  It has been distressing to say the least.  I have not been sick like this in at least ten years.  I have had occasional colds here there that never became nasty, but nothing like this!  My husband had it first, so I got it from him.  I am just hoping the kids don’t get it, because my daughter doesn’t need to miss school, and my son just started a new job!  Plus, they have Halloween plans that I would hate for them to have get wrecked by sickness.

On Halloween they are going to be dressing up as Shaggy (my son) and Scooby-Doo (my daughter) along with a few other friends who will be the rest of the gang.  My son found some great pants and shoes and has the Shaggy walk down pat.  We have yet to get my daughter’s costume or make it somehow.  There is also a Mystery Machine van ride in front of a grocery store that they plan to go to and get pictures in front of it.  I think there may be room for one person to sit in it.  I just hope their plans work out well this year.

So that is what has been going on at our house.  As for the “Books” part of the post, I thought I would mention that I have gotten a lot of reading done in the last few weeks!  Here’s a list of what I have read:

Missing Pieces by Heather Gudenkauf – She is a wonderful novel writer!  I have read all of her books…I think?  Anyway, she weaves a good story with lots of twists and turns!

Andy Warhol: Prince of Pop by Jan Greenberg which has been mentioned in a previous post of mine.

The Girl in the Red Coat by Kate Hamer – a really good mystery novel, but I didn’t enjoy the ending so much.  I just expected more in it.  For me it was disappointing.

Topaz Moon: Chiura Obata’s Art of the Internment by Kimi Kodani-Hill – an informative biography about a man’s experiences teaching art in a Japanese internment camp.

The Woman Warrior by Maxine Hong-Kingston – this is actually a novel that I’ve heard is based on the author’s or her relatives’s lives.  I haven’t researched it much, but some think it is an autobiography when it is not.

Pretty Girls by Karin Slaughter – This author is very good, however, this was a tough novel to read.  I almost put it down a few times, but the mystery needed to be solved in my head!  The content is about a very sick serial killer so if you don’t like that topic, don’t read it!

Dear Teddy by J. D. Stockholm – This is the first of a series of autobiographical books that are a journal about the very sick abuse he suffered at the hands of his parents and someone he can’t remember who he names “the bad man” in the book.  This was difficult to read because of the nature of the type of abuse this person went through.  I almost didn’t finish it because it is hard to stomach how evil some people can be towards children.  I am not sure I will read the rest of them, because he wrote this in his 5 year old self’s voice which I did not enjoy very much.

A Head Full of Ghosts by Paul Tremblay – the description on this was misleading.  I thought it was going to be about the early onset of schizophrenia in a teen-aged girl.  Also, it is a novel.  However, it was about her dad taking her to a priest for exorcism because he believed she was demon-possessed.  I lost interest half-way through so I didn’t bother finishing this one.

WHAT I AM READING NOW:

Yesterday I went to the library and checked out a few more novels and an autobiography.  The autobiography is one I have never seen or heard of before.  It is called “America’s Boy: A Memoir by Wade Rouse.  It is very good, but it has a creepy looking cover in my opinion.

Those old-fashioned dolls just look strange to me.  Anyway, it is about a man’s childhood of self-discovery.  He is mistaken as a girl for years, but also has desires to dress in his mom’s jewelry.  He feels different than other boys and finds himself attracted to some when he is older but suppresses his desires.  He was born in 1965 and grew up in a town in the southwest Missouri Ozarks where in that time frame no one talked about these issues!  His writing is done well and he tells his story in very short chapters which makes it easy to read for me.  I personally don’t like bogged down autobiographies or biographies which has shown me that I don’t like mine!  I began trying to write my life story a few years ago, but I have so many gaps in my memory that it was hard to keep the story going.  So I think I am going to try this type of approach and break it down in very small portions when I get the energy that is.

The novel I began a couple of nights ago is called “In a Dark, Dark Wood” by Ruth Ware.  It is definitely one I can hardly put down.  It’s pretty intriguing so far.

I have also been reading The Princess Bride by William Goldman for comic relief!  I have seen the movie many more times than I could guess but had just never read the book.

So that is what I have been up to.  I have not had the energy or inclination to do any art in the last few weeks, but hopefully soon I will feel well enough.  In the meantime I am going to read as much as I possibly can.  I am an avid reader anyway, but sometimes mores so than at other times.

To all my blogging friends who love to read, what are you reading right now?  I am interested to know!

Also, here is my goodreads link if you’re interested in any of my reviews or just want to see what else I have read or want to read!  https://www.goodreads.com/

Have a wonderful day, and give someone you love a big hug!  (And stay away from sick people if you possibly can!)  🙂 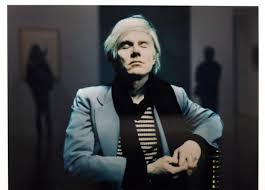 The other day I watched a Biography episode about Andy Warhol. Here’s a link to some information about him if you don’t know of him. I found him to be an interesting person. I was not really too familiar with his work. He was pretty creative, though. He began the ‘pop art’ movement in the 1960’s.

I admire the artists who can come up with something to do and create that is so original. I’m still working on that!

Have a wonderful day, and give someone you love a big hug. 🙂

This was a really great movie. I love Amy Adams in everything I’ve seen her in. This is an empowering story for any struggling artists. ALWAYS STAY TRUE TO YOURSELF!!!

HAVE A WONDERFUL DAY, AND GIVE SOMEONE YOU LOVE A BIG HUG!!! 🙂

Passionate in hand-making of every bit of life