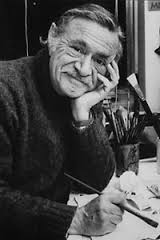 Two days ago I went to the library and browsed the children’s picture books.  I stumbled onto “The Snowy Day” by Ezra Jack Keats. 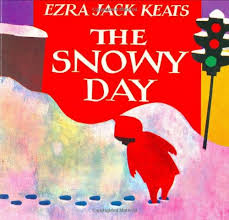 This picture book was one of my favorites when I was a kid. However, I had not realized the many books he wrote that I had never heard of.  Another favorite of mine that he wrote and I used to read to kids when I was a preschool teacher is “Whistle for Willie” about a little boy named Peter who is trying to learn to whistle so his dog, Willie, will come to him. 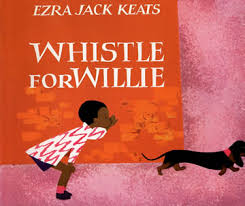 I love the simplicity of the story about Peter and his dog, Willie.  I also never realized when I was younger that Ezra Jack Keats had illustrated his own stories as well.  When I worked with preschoolers, I was not learning any art so sadly did not pay much attention to illustrators like I do now.  However, I have always loved most picture book art I have encountered.

The reason I wanted to post about Ezra Jack Keats is to bring up the issue of diversity in children’s literature.  Back in the early 1990’s when I was working with preschoolers, I took a multi-cultural class in the child development field of study.  It was one of my favorite classes.  The instructor covered the issues of racial and sexual identity in children’s literature using Ezra Jack Keats as one example and the book “Heather Has Two Mommies” as another.  She brought up the point with “Heather Has Two Mommies” that all types of families need to be given recognition in children’s literature.  Back then gay parents were beginning to raise the controversial issue of having children. Lesléa Newman {the author} related:

Here is a link to the article about her: https://en.wikipedia.org/wiki/Heather_Has_Two_Mommies

Back when I was taking child development classes I could not believe how much my eyes were opened to the fact that generally, most characters in children’s literature are predominantly Caucasian.  And to be completely honest I was not the more open-minded person back then that I am now either.  I was not open to reading anything to children that had to do with having two moms or two dads.  I gave no consideration to the LBGTN+ community at all.

Thinking over my past brings me to the question: Does the depiction of predominantly Caucasian people in children’s literature even today mean we still don’t have enough people writing children’s books about other races or sexual orientation?  Perhaps, but I sure hope not! Many people of color are writing about their own cultures more and more, but the percentage of these writers compared to Caucasian writers is still very low.

Now.  Getting back to Ezra Jack Keats.  What I found most interesting about him is that he was Caucasian and Jewish.  Yet he proved to be instrumental in beginning to break the color barrier in picture books when he created his African American character Peter back in the 1960’s.  If you would like to learn much more about him, you can read a short biography about him here:  http://www.ezra-jack-keats.org/ezras-life/.

I suppose right now I am struggling with a strong desire to pursue my old dream of writing children’s stories but finding I have little energy to work as hard at it as I should!  I have always loved stories about people from all over the world.  After all I believe the United States is a very culturally diverse nation which is where I live; if only racism and sexism did not exist!  However, that most likely will never be the case which is sad.  (So why am I writing about sea turtles anyway?  Ha, ha!)

I really think, though, that it is high time we all over the world begin looking outside of ourselves and our own culture, race and sexual orientation and accepting others who live and believe differently than we do.  It doesn’t mean we have to give up our spiritual beliefs if we have any.  It doesn’t mean we have to give up any preferences for how we choose to live.  So why should anyone of any other race than Caucasian or anyone in the Lesbian/Gay/Bi-sexual/Transgender+ lifestyle be expected to give up the way they want to live just because others might be a little uncomfortable with it?

I believe there is just one thing we all need to give up: Our own pride.  Maybe then we can all live the ideal ending to every old storybook I ever read:  happily ever after.

Have a wonderful day, and give someone you love a big hug!  🙂

Passionate in hand-making of every bit of life